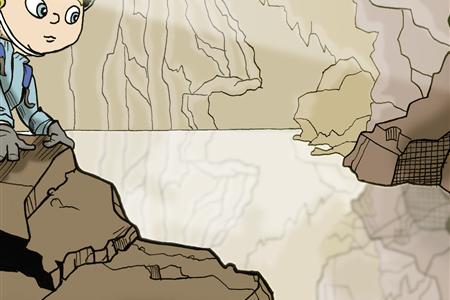 ​This was the very first sketch I received from Jay, about 2 days after we met for coffee to talk about the book! At this point the book was only an idea.  I wasn't sure what I had in mind when I talked to Jay about the illustrations, but I was really blown away with how this perfect this sketch was. As soon as I saw this sketch I knew I had to get writing.. the idea had come to life! 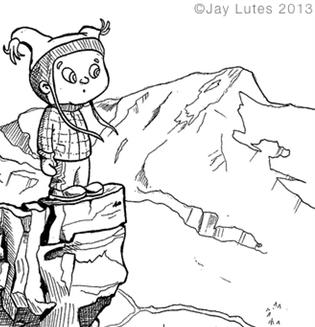 I never realized how much there was to consider before writing a children's book.  Font, punctuation, flow, design, layout, character development, choice of words etc! On August 12th the first draft of the book was sent to a focus group. This group included friends, family and acquaintances with varying backgrounds (educational, professional, personal) and interests. Some had kids who were older and therefore able to provide comments. We were interested in receiving constructive feedback and comments to get a feel for the reaction of the story. The most important question we asked was "would you consider buying this book". So far the feedback received has been very positive and encouraging. We also got some great tips and helpful things to consider! 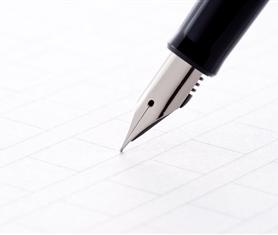 Isn't it amazing what a difference colour makes? I find that Jay's use of colour just makes his illustrations come to life in a very dramatic way. 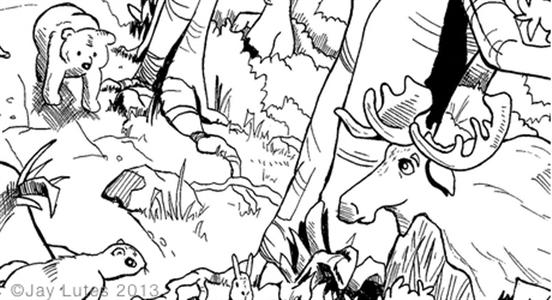 "Would you find me in a cave?"

I just love the use of light and reflection in this picture! The cave floor looks like something you can reach out and touch!

I showed my son this picture and gasped! He said "He is scared! He is in a scary place". The way he stared at the picture I could see that his imagination was running wild - like he felt he was right there with the character in the cave! 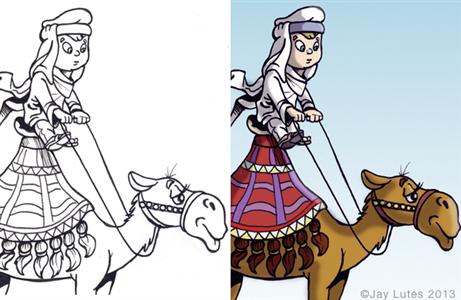 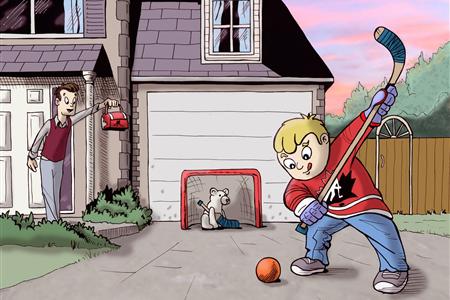 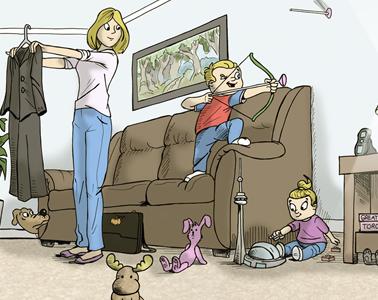 Bringing the picture to life with colour! - August 17th

Konrad, I Will Find You 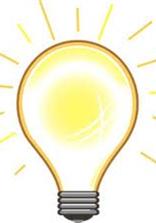 Writing a children's book has been something I've always considered doing - eventually. It wasn't until I was contacted by a local author through the blog site that I thought I may as well consider this idea a bit more seriously, given I had a great resource at my finger tips.  Then, without trying, I found a local illustrator, Jay Lutes. It seemed as though the universe was telling me to get on it. With my son being so imaginative and interested in books, I wasn't worried about having a little guinea pig to take the stories for a test drive. I decided that the first book I would write would be about separation anxiety, because of all the difficulties we encountered with getting our little guy comfortable with his new daycare. I figured that this is something that many children and parents struggle with, and that many would appreciate a book to help them out!

"Would you find me in a forest?"

Here is a little snippet of the forest scene in the book. I am sure that the kids will have lots of fun trying to spot all the different animals!