Konrad, I Will Find You 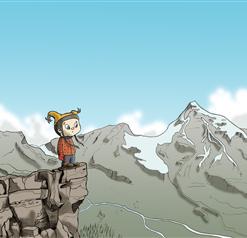 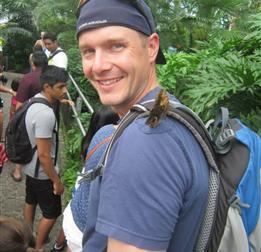 Konrad, I Will Find You is Jennifer's big writing debut. Writing has been a passion of Jennifer's since she was 9 years old and discovered what a diary was. She has also worked with children in a variety of capacities, ranging from baby-sitting, to lifeguarding, to teaching piano lessons. Jennifer really discovered her interest in children's imagination when she was an Educational Assistant in a Kindergarten class.

Jennifer has a Master's degree in Counselling from the University of Ottawa. She is a proud mother of two (Konrad age 3 and Lucy age 1) and regularly taps into her education to stave off toddler related disasters! Reading and story telling play a huge role in her family.  She currently works for the federal government and manages a community website and blog for parents, with the love and support from her husband Michael.

Illustrating a children's book has been on Jay's "bucket list" for as long as her can remember, and Konrad, I Will Find You is his debut. Jay is a graduate of animation and has worked as a freelance artist illustrating political cartoons for the Ottawa Citizen and Centertown News. Having grown bored of drawing old, white politicians, he moved on to painting murals in day care centres, which he finds much more enjoyable for both the artist and the observer.

A proud father of two girls, ages four and one, Jay took an interest in children's art and illustration after his first daughter, Sera, was born. Jason and his wife, Lisa are both passionate about the creative arts, and implement music, art and storytelling in their daily activities wherever possible.

Jason currently works for Aboriginal Affairs as part of the Residential School Settlement, where among other exciting bureaucratic duties, he creates events posters and deparemental newsletters.

Other works from Another Chapter Publishing: 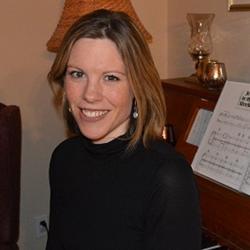 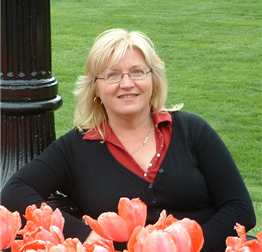 Roxanne McLaren is the founder of Another Chapter Publishing. Her world revolves around telling stories, capturing family history, and training people of all ages. She lives in Kanata, Ontario with her husband, Louis Arseneault, works in high-tech when she's not writing, and enjoys the visits of her children and grandchildren.

Konrad, I Will Find You is a book about separation anxiety and new beginnings for young children. Jennifer and her husband, Michael, got the idea for the book when their anxious 2 year- old son, Konrad, explained that he didn't like being dropped off at daycare because he was worried that he wouldn't be found at the end of the day. Jennifer would try to reassure Konrad by explaining that he would always be found no matter where he was.  This dialogue and reassurance helped Konrad cope with his anxieties during this difficult time of transition.

By using animated dialogue between Konrad and his parents, and vivid illustrations,

Konrad, I Will Find You will allow young children to have a fun adventure with their caregivers as their imaginations takes them to all kinds of amazing and far off places! And for any child who may be feeling nervous about an imminent or current milestone  -- such as a new school or daycare, or a first sleepover atGrandma and Grandpa's  --  it is hoped that this book will provide some needed comfort to children to take that next step, and the reassurance that they will always be found, no matter where they are.